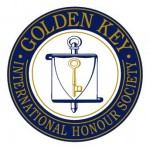 Dr. Elle Milani is a diplomate of the American Board of Ophthalmology and founder of the practice.  She was an Echols Scholarship recipient at the University of Virginia where she received her Bachelor of Arts with Distinction.

Dr. Milani was awarded membership into the Alpha Epsilon Delta Premedical Honor Society as well as Phi Beta Kappa and Golden Key National Honor Societies during her undergraduate education.  She later completed medical school and an ophthalmology residency at the Medical College of Virginia.

She was awarded a Schev Scholarship and membership into the Alpha Omega Alpha Medical Honor Society while attending medical school.  During that period, she also conducted research as co-investigator evaluating the effect of LASIK on corneal sensitivity and tear production, and as principal investigator studying the effect of corneal thickness on intraocular pressure measurements. 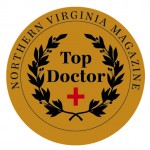 Dr. Milani participated in a pediatric ophthalmology mission serving underprivileged children in Guatemala with the International Hospital Center in 2003.  Since practicing in Reston, she has been listed as one of America’s Top Ophthalmologists by the Consumers’ Research Council of America many times.  She has also been repeatedly elected by her peers as a Washingtonian Top Doctor and a Northern Virginia Magazine Top Doctor.

In 2011, she was selected as a Top Ophthalmologist by the International Association of Healthcare Professionals and spotlighted in the renowned publication, “The Leading Physicians of the World“.  Dr. Milani strives to provide the highest standard of care and personalized service to each of her patients.